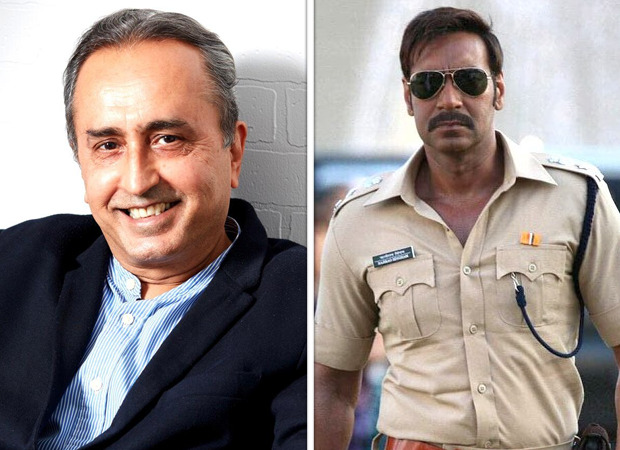 
The iconic film Singham completes 10 years today. The film’s actors, writers and director Rohit Shetty have been celebrated a lot, and rightfully so. But even the Reliance Entertainment team needs to be celebrated. The reputed production house produced Singham single-handedly and ensured it was mounted on a huge scale that it fully deserved. On the film’s 10th anniversary, Bollywood Hungama spoke to Sanjeev Lamba, who at that time was the CEO of Reliance Entertainment and he shared his experience of working on the film.

When asked how the film was conceptualized and how director Rohit Shetty came on board, Sanjeev Lamba, now settled in Los Angeles, USA, and is the Executive Producer – Hungama Originals, Hungama Digital Media, said, “It was somewhere in November 2010 that we met Rohit Shetty. While discussing what we can work on together, I happened to mention that we had produced Singam in Tamil. When we told Rohit about its premise, he got interested as it’s a story of an honest cop fighting the system. A story of this sort had not come in a long time. He asked for its DVD. Within a week, he got back saying that he’d like to remake it. However, he said he’ll be able to work on this film only in 2012.”

Sanjeev Lamba then said, “However, it so happened that a film that Rohit Shetty was working on got pushed. It starred Ajay Devgn and even his dates got free. So Rohit told us that he can start work on the film, adding that he’ll have to finish work on it by July 2011. We agreed with this condition, provided he’s able to make the film within the period. It was somewhere in February 2011 that the final script was narrated to us. The film went on floors in March and was released in July.” He confirmed that this was one of the most intense and fast-paced schedules that they had seen of a film.

Rohit Shetty designed the action of the film and it was one of the USPs. But Sanjeev Lamba agreed that the emotional quotient was also a major draw. “The fact that it was a story of an honest person, an aam aadmi, worked in its favour,” said Sanjeev.

Sanjeev Lamba also revealed that the fact that Reliance released the film helped them get Singham out in cinemas in record time. When asked why that was, he replied, “Things happened so quickly as we ourselves distributed it. If we had gone to sell the film, it would have taken more time to get it out in cinemas.”

Watching Singham in cinemas was an unforgettable experience, especially in single screen theatres. Sanjeev Lamba was among the lucky ones who had experienced the euphoria first-hand. He said, “I went to see the film’s late-night show on the first day at Chandan cinema. The reactions made it clear that the film has worked very well.”

Singham managed to cross the Rs. 100 crore mark at the box office as well, even though it was released a week after another major hit, Zindagi Na Milegi Dobara. Sanjeev remarked, “While Singham was running house full in Chandan, Zindagi Na Milegi Dobara was running packed in PVR Juhu, located next door. But ultimately, Singham ended up earning more.”

Sanjeev Lamba is all praise for Rohit Shetty and also for superstar Ajay Devgn, “It was terrific to work with Ajay Devgn. He and Rohit worked round the clock to get the film out in time. I don’t think it would have been possible to bring out the film so quickly had it not been for Ajay Devgn. Also, he had not done a role like this in a long time. So for him and even for Rohit Shetty, it was something new and challenging. And Ajay fully embraced the part of Singham and gave a fine performance.”