Urban Company is the 7th Indian startup to cross $1 billion in valuation this month, and the 12th this year.

India’s latest startup unicorn is home services marketplace Urban Company, which has raised $190 million from investors led by Prosus, valuing the startup at $2 billion. Urban Company was previously valued at $933 million when it last raised $75 million in a round led by Tiger Global in 2019.

Tiger Global, Steadview Capital, Vy Capital and others also participated in the latest round. The company has raised a total of about $370 million so far.

Founders Abhiraj Singh Bhal, Varun Khaitan and Raghav Chandra will now own 8.22% of the company each. Elevation Capital (formerly Saif Partners) will hold a 14.56% stake, while Accel India will have a 14.40% stake.

Urban Company currently offers home services across 30 Indian cities and International markets such as Australia, Singapore, Dubai and Abu Dhabi. It clocked revenues of around Rs 216 crore in FY20, up from Rs 106 crore in FY19.

Unicorns of 2021: The company is India’s 12th startup unicorn this year, of which seven were minted in April itself. 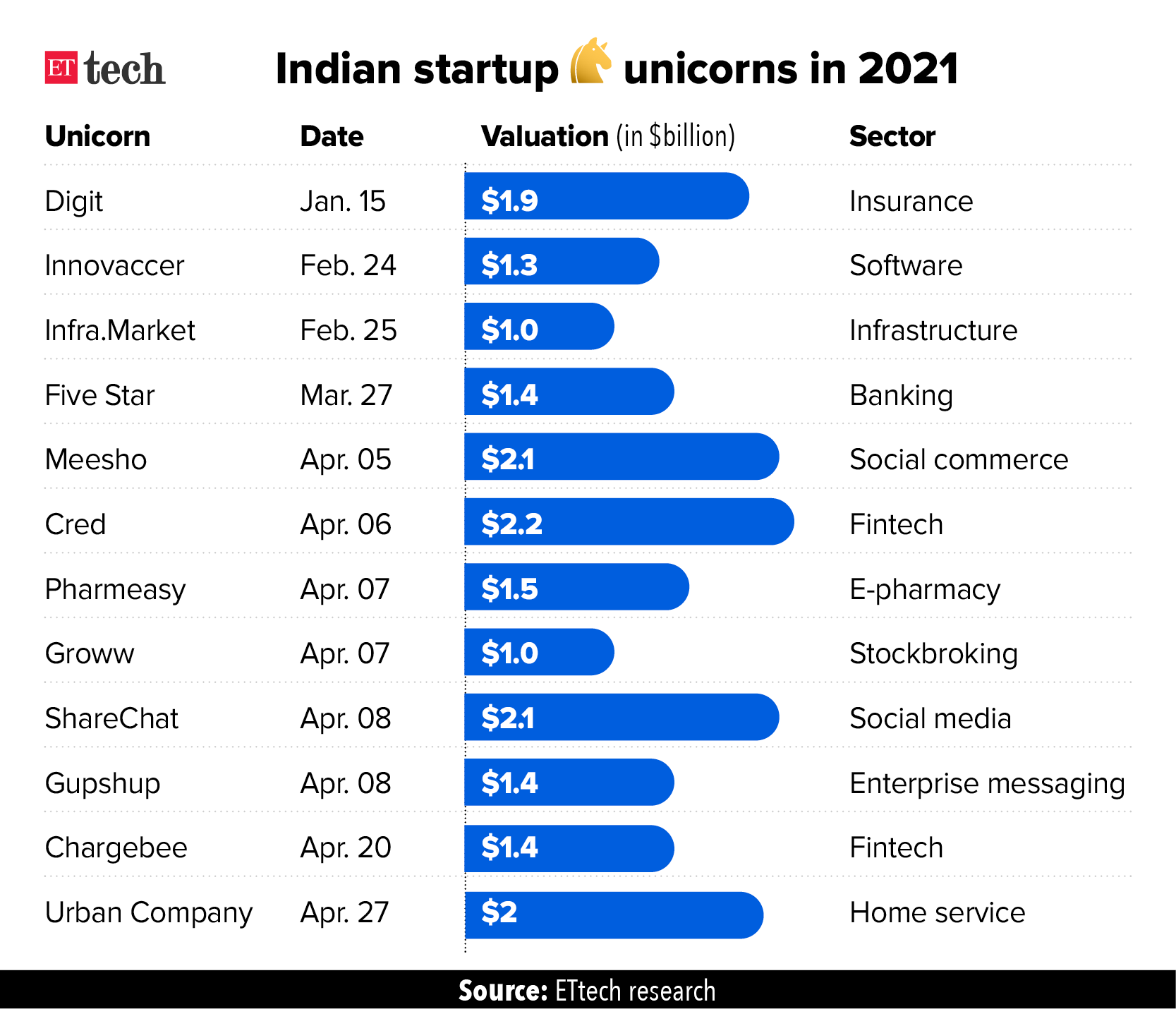 Meanwhile, Thiruvananthapuram-based cloud dental software startup CareStack has secured $22.5 million from existing investors SteadView Capital, Accel Partners, Eight Roads, F-Prime Capital and Delta Dental of California. The firm plans to use the funds to expand its operations and double its employee base.

India’s smartphone shipments grew by 23% year-on-year to a record 38 million shipments in Q1, marking its best-ever first quarter, according to market research firm Counterpoint Research. It said new product launches, promotions and financial schemes, as well as pent-up demand coming from 2020, drove the growth during the quarter.

Who is leading the market? Xiaomi led the overall smartphone market with a 26% share in the January-March period, although Samsung grew the highest on a yearly basis, with a 52% growth rate.

Apple held on to its leading position in the premium segment (over INR 30,000) with almost 48% share. It also registered more than one million shipments for two consecutive quarters for the first time in India.

Covid slump coming: But the second Covid-19 wave could break the trend of three successive quarters of record shipments in India. “Consumer demand will take a hit due to the ongoing Covid-19 wave and subsequent lockdowns,” said Prachir Singh, senior research analyst at Counterpoint.

Data consumptionhas surged on mobile and broadband networks as families stay indoors amid the pandemic.

Mobile: Airtel’s mobile data consumption is estimated at 16.9 GB per user per month for the January-March quarter, according to a report by Emkay, while rivals Jio and Vi are at 13.1 GB and 12.4 GB, respectively, for the same period.

Metro vs non-metros: States such as Rajasthan, Uttar Pradesh and Bihar, from where a large number of people migrate to cities for work, have seen a 15% increase in data consumption, while metros such as Delhi and Mumbai are seeing a jump of about 10%. 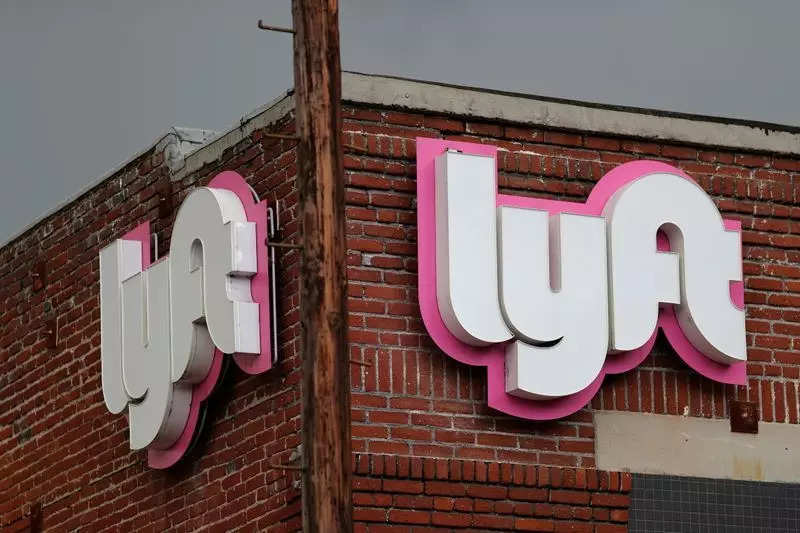 US ride-hailing major Lyft is selling its self-driving technology unit Level 5 to Toyota for $550 million, a move that could help the company achieve profitability sooner.

Last December, Lift’s rival Uber had sold its self-driving car division, Uber Advanced Technologies Group (ATG), to Aurora in a deal that valued the unit around $4 billion. As part of the deal, Uber had invested a further $400 million and chief executive Dara Khosrowshahi joined the company’s board.

Global satellite internet players including OneWeb, Hughes, Amazon and Viasat have proposed various measures to the Telecom Regulatory Authority of India (TRAI) to reduce the cost of satellite broadband services and make them available for mass consumption.

Breaking up the current regime: They are also seeking to break up the roles of licensor, regulator and satellite operator, which is currently under the regime of the Department of Space.

Instead, these players have sought a model similar to the telecom one, with the Department of Telecommunications (DoT) as licensor, Telecom Regulatory Authority of India (Trai) as regulator and the Telecom Disputes Settlement & Appellate Tribunal (TDSAT) as the adjudicator for satellite communication services as well.

Do read our deep dive into SpaceX’s satellite-powered internet service Starllink, its advantages and disadvantages, and the competition it faces here.

Also Read: Satellite-based connectivity is closer to reality. And TRAI is at work, framing rules of the game

Today’s ETtech Top 5 was curated by Vikas SN in Bengaluru.

<!– –> Priority will be given to air traffic controllers (ATCs), cockpit and cabin crews. (Representational) New Delhi: The centre

New WhatsApp privacy policy to come into effect next week, here’s what will happen if you don’t accept

Disha Patani on reuniting with Salman Khan in Radhe after Bharat: “I’m very grateful that I got the opportunity to work with such a superstar of the country once again” : Bollywood News

Don’t bother packing any of this overrated travel gear

Samsung Galaxy M11 gets Android 11-based One UI Core 3.1 update

Nio plans to start delivering cars to Norway in September

Google Support Gets Unexpected Help as Man Reaches Out for Assistance, Ends Up Assisting

New WhatsApp privacy policy to come into effect next week, here’s what will happen if you don’t accept

Disha Patani on reuniting with Salman Khan in Radhe after Bharat: “I’m very grateful that I got the opportunity to work with such a superstar of the country once again” : Bollywood News

Don’t bother packing any of this overrated travel gear

Samsung Galaxy M11 gets Android 11-based One UI Core 3.1 update

Nio plans to start delivering cars to Norway in September

Google Support Gets Unexpected Help as Man Reaches Out for Assistance, Ends Up Assisting