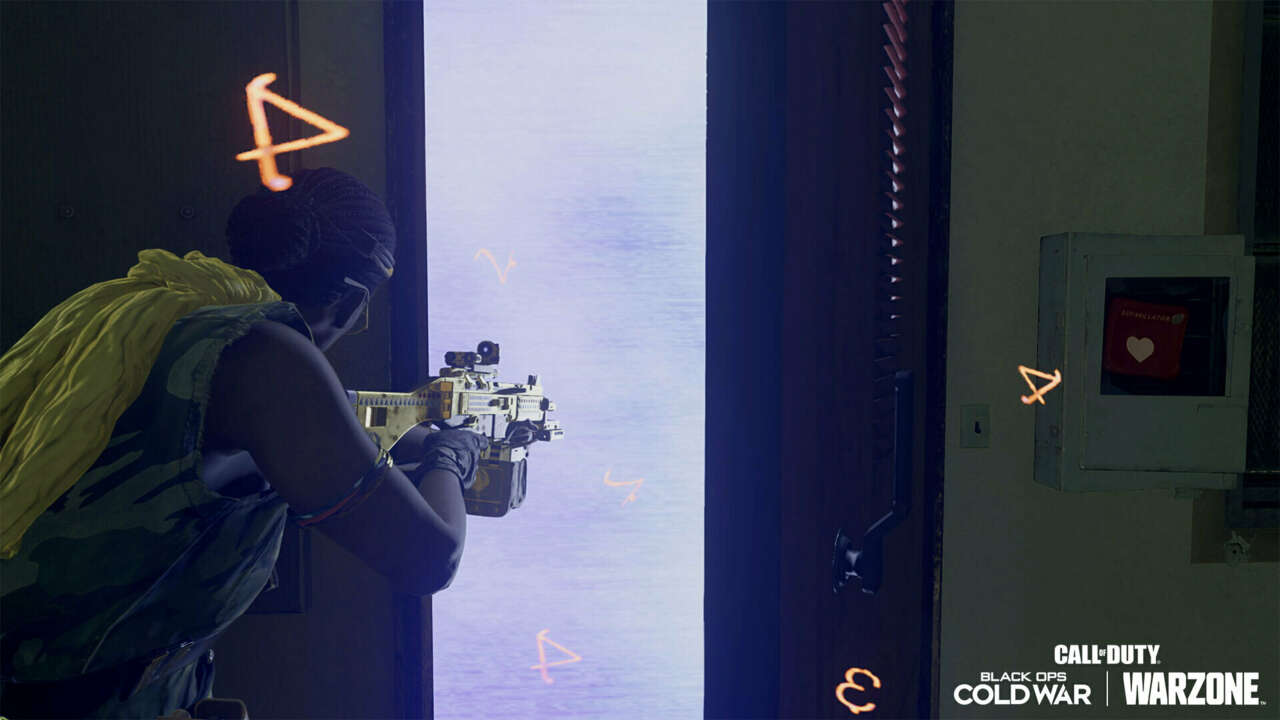 Something funny is going on with Call of Duty: Warzone’s Red Doors, and Activision continues to tease them ahead of the Season 4 Reloaded update.

Warzone‘s Red Doors were added with the launch of Season 4, and initially, they were randomly spawning doors that would appear in the walls of buildings at major points of interest such as Hospital, Stadium, and Summit. Entering a Red Door instantly warps the player to a loot-filled room in another area of the map. And since players are sent somewhere completely random, it really doesn’t serve as proper fast travel. It’s just a great way to gear up with high-quality weapons and killstreaks.

However, we’re very close to the mid-season “Reloaded” update for Season 4, and now the doors are behaving differently. They’re no longer randomly spawning. All 30 known Red Door locations are now appearing in each match, but they all despawn after so many have been opened. If you’ve recently found a Red Door in Warzone, but it dematerialized right in front of you, it’s likely the quota had been met for your match.

Warzone streamer and Easter egg hunter Geeky Pastimes believes that the quota is 10 doors per match. And he also has a handy guide for how to find all the doors to help players looking to teleport or test out Easter egg theories.

ALL of the Red Doors are now spawning in #Warzone, but once 10 players open one up, they all disappear, so find them quick. Here’s a handy guide to where they all are – easy way to get an Advanced UAV and Durable Gas Mask! RT and share! https://t.co/MxUVHk3bqL

The recent changes in behavior could just be the developers balancing Red Door portals in Verdansk, but Raven Software usually addresses Warzone’s balancing tweaks in weekly patch notes. And with Activision continuing to tease the doors in this week’s blog, it’s highly possible that the Red Doors are part of Warzone’s narrative, and the mysteries of the Red Doors will likely get even weirder.

Activision’s blog says: All Operators should report to Verdansk to either escort or halt important Payloads crossing the region, taking note of any additional Red Doors they may see after this update…

There’s also another Red Door tease in the blog with part of the information redacted: Brave Operators across Verdansk have gone through the Red Doors, stepping out into parts unknown…

Further intel suggests that these Red Doors will appear [[REDACTED]] and take you to [[REDACTED]].

As Perseus sleeper cells are still at large in Verdansk, we caution you to [[REDACTED]].

The mention of sleeper cells in Verdansk ties into the Season 4 teaser trailer from June 8. All the vibes from the trailer point to Stitch trying to restart the Numbers program, which is the brainwashing narrative from the Black Ops storyline. Stitch needed to take down satellites that were interfering with the broadcast signal used to activate his sleeper agents, which are those satellites that came crashing down in the beginning of Season 4’s Ground Fall event. It looks like his sleeper agents might be activating with Season 4 Reloaded.

You need a javascript enabled browser to watch videos.

Want us to remember this setting for all your devices?

Please use a html5 video capable browser to watch videos.

This video has an invalid file format.

Please enter your date of birth to view this video

By clicking ‘enter’, you agree to GameSpot’s

Maybe the Red Doors simply play into this Warzone narrative, but maybe there’s an even bigger picture. It could be likely this is meant to tease a new Easter egg or in-game event to reveal the next Call of Duty title. Nearly one year ago, Activision used Warzone’s bunkers to tease and eventually reveal Black Ops Cold War via Easter egg quests and a live in-game event. Activision could be cooking up a repeat of that with Warzone’s Red Doors and sleeper agents. Maybe one of those Red Doors warps us back to the middle of World War II, but the Red Doors did already play a major role in the Black Ops Cold War storyline.

We already know this year’s Call of Duty is being developed by Sledgehammer Games, and rumors strongly suggest a World War II setting, but we’re still waiting for those official reveal details.

I’d definitely suggest keeping an eye on those Red Doors as Warzone’s Season 4 Reloaded update arrives on July 15. We’ll keep you updated on all Easter egg details that could emerge.