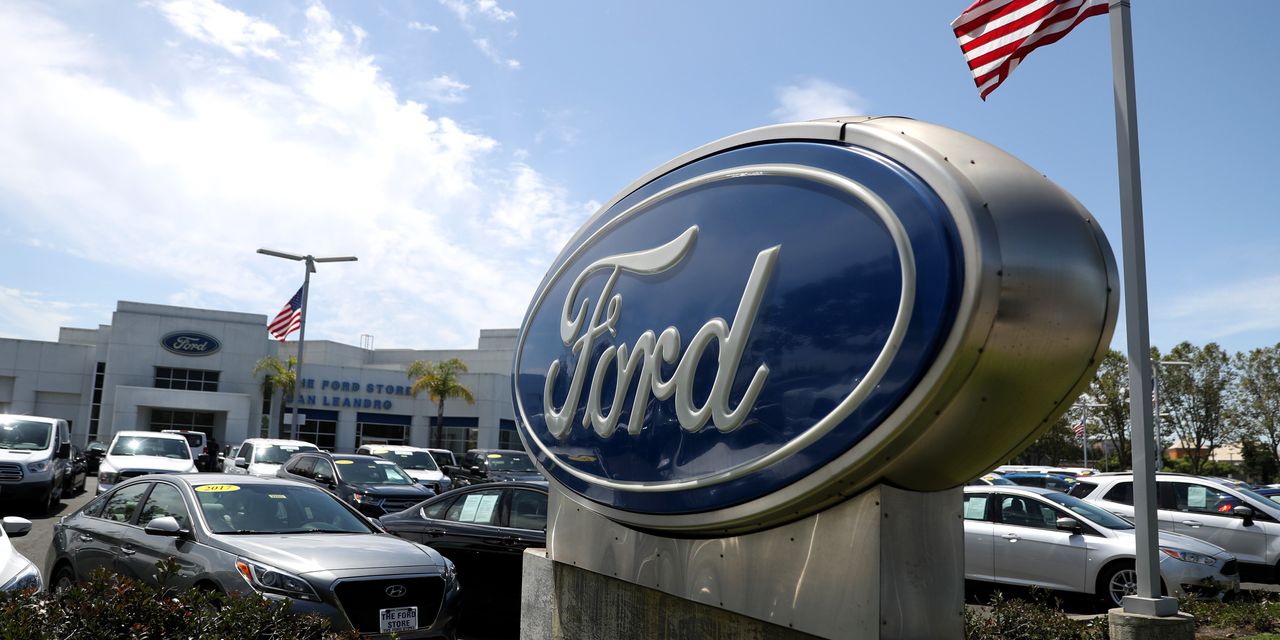 
More large U.S. companies are taking steps to address climate change in their own operations, including setting emissions-reduction goals. But their advocacy for climate change policies in Washington and beyond often does not match the ambition of their individual commitments, a new report suggests.

In some cases, those company pledges fail to match the changes in practices demanded by climate science, nonprofit green investing advocate Ceres said in a release Tuesday.

Some companies and their trade associations are, in fact, lobbying against the adoption of meaningful climate policies, ultimately undermining conditions that would enable companies to meet the climate goals that tend to earn them points with customers and some investors, Ceres said.

The Ceres report examined the corporate lobbying activity of S&P 100
OEX,
+0.05%
companies and found that the vast majority (76%) acknowledge climate science, nearly all (92%) plan to clean up their own operations by setting emission reduction goals, and most (57%) say there is a need for science-based climate policy.

However, only 40% of these companies have actively engaged lawmakers to enact climate and energy policies that support these corporate commitments.

Recently a senior lobbyist from ExxonMobil was quoted saying that the company’s
XOM,
+0.22%
support of a carbon pricing policy is a “good talking point,” though he  does not believe the policy has any real chance to actually become law. Executives attempted to clarify the comments.

Ford Motor Co.
F,
-0.86%
has actually lobbied both against and for science-based climate policies in the past five years. After former President Trump was elected, the company’s then-CEO called for the weakening of the Obama-era Corporate Average Fuel Economy (CAFE) standards. However, the company subsequently rejected the weak Trump standards. In July 2019, Ford moved away from the positioning of its trade association and other automakers, and reached an agreement with the state of California to comply with  greenhouse gas standards for light-duty vehicles that were more stringent than the Trump administration’s final rule.

The Biden administration has set a target to reduce greenhouse gas pollution by 50% from 2005 levels by 2030. In the lead up to the Biden administration’s Leaders Summit on Climate, over 400 businesses and investors, including StarbucksSBUX, TargetTGT, and Johnson & JohnsonJNJ, called on the administration to adopt a highly ambitious 2030 emissions reduction target, or Nationally Determined Contribution (NDC) under the Paris Agreement, in pursuit of reaching net-zero emissions by 2050.

The Ceres report specifically looked at the lobbying push of the U.S. Chamber of Commerce. More than 70% of the assessed companies said they are members of the Chamber, but less than 10% are holding the Chamber accountable for what Ceres calls its “oppositional” climate change track record or disclosing how they are engaging with the Chamber to support science-based climate policy.

The nation’s arguably leading pro-business lobby, the Chamber early in 2021 jumped at the chance to influence “market-based” policy on greenhouse gas emissions as the Biden administration came into power.

Congress should set meaningful climate-change legislation, the Chamber said in January, amping up the trade group’s established climate and energy policy with a call for lawmakers to act in a way that limits uncertainties for its members. Biden and the Democrats have a narrow advantage in Congress, which means Republican and industry support is still needed for meaningful legislative action.

The Chamber, which generally promotes low taxes and light regulation for business, has pushed for technology-focused developments in climate and energy legislation in the recent past. But some businesses also cheered the Trump administration’s reversal of several Environmental Protection Agency rules on air quality, land use and gas mileage efficiency, including some regulations in place for decades across presidencies from both political parties.

Read: Inclusion of these U.S. money managers means nearly half of all asset funds managed globally are linked to climate-change pledge

The Ceres Blueprint, which advises companies on their environmental practices, and Tuesday’s related report, do not dive deep into political contributions. But the group did say a recent analysis advanced as part of the attention on corporate donations and lawmakers seemingly accepting of the Jan. 6 Capitol attack did find a strong correlation between lawmakers who perpetuate election and climate change falsehoods: 90 of the 147 Congressional members who voted to overturn the presidential election results also deny basic climate science, this analysis found.

Recent Public Citizen research shows that 65 fossil fuel company PACs contributed more than $8.8 million over the past three election cycles to many of the same politicians who generally deny climate science.