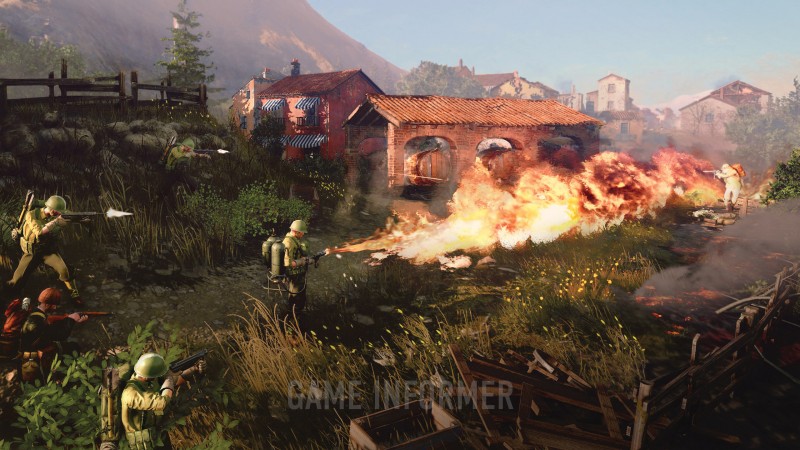 
PC players have often lamented the dwindling options in the once-dominant real-time strategy genre. Well, one of the biggest franchises is coming back next year as the Company of Heroes series gets a third entry. Instead of heading into theatres of war that are often explored when games tackle the WWII era, Company of Heroes 3 is tackling the Mediterrnean as the focus of the conflict. This means players will be swept into entanglements and engagements in African deserts, coastal Italy, and more.

Alongside the competitive multiplayer options that players expect from the franchise, players can participate in a dynamic campaign that’s going to give players numerous options every time, seeking to deliver a single-player experience that’s heavily replayable and full of interesting decisions. You’ll have to manage supply lines across air, land, and sea as the Allied forces during this campaign as you seek to retake Italy.

Have you always been stymied by the micromanagement in the moment aspect of the real time strategy game? In all single-player modes in Company of Heroes 3, Relic is adding a full tactical pause option. What does this mean? It means you can stop the action at any time to queue up commands and actions on all your units, holdings, and more. This takes the pressure off completely, so you won’t have to worry about missing a grenade thrown into your infantry pack while you were off trying to spend resources. Obviously, this option won’t be available in multiplayer experiences, but if you’re trying to sink your teeth into the genre this could be a fantastic onboarding tool.

Company of Heroes 3 is expected to feature many of the same factions that have been in prior games plus some exciting new additions.

Are you excited to see Company of Heroes return? When was the last time you played? I remember playing a ton of the first two titles … At a LAN center. Those were wild times, let me tell you. Let us know in the comments!