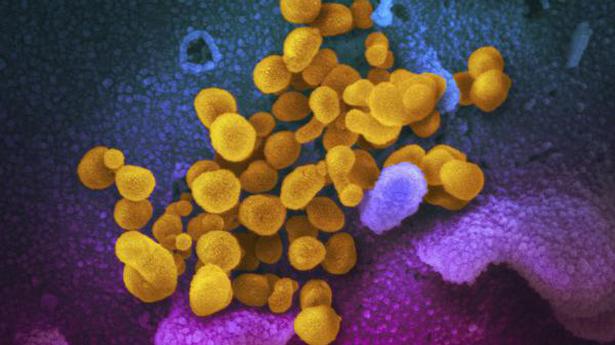 
What began as a pneumonia outbreak in Wuhan, China, in December 2019, has assumed global proportions and claimed countless lives within a span of two years.

At the outset, the virus spread through droplets of saliva, cough particles or nasal discharge from an infected person. Within the passage of a year, December 2020 saw the emergence of changing COVID-19 variants. These changes in variations allow the virus to be more contagious than before.

The changes in the variants occur when there is a mutation of the genes of the virus. However, these mutations are only natural. M.D Robert Bollinger told the Johns Hopkins University’s Medical Organisation, that “All RNA viruses mutate over time. For example, flu viruses change often…”. MD Stuart Ray told the Hopkins Medical Organisation that “Geographic separation tends to result in genetically distant variants.” In light of such developments, the new mutations are bound to be several and distinct from one another. (New Variants of Coronavirus: What You Should Know | Johns Hopkins Medicine)

What is a Variant of Concern?

According to the World Health Organisation, a variant of concern translates to a rise in transmissibility, an increase in fatality and a significant decrease in effectiveness of vaccines, therapy and other health measures.

What is a Variant of Interest?

According to WHO, a VOI is a SARS CoV-2 variant with a genetic capability that affects characteristics of the virus such as disease severity, immune escape, transmissibility and diagnostic escape. The world health body further confirmed that a VOI causes a consequential volume of community transmission. A global increase in cases poses a risk of large proportions to worldwide public health.

According to Johns Hopkins data, this variant was first detected in Southern England in 2020. According to a Lancet study, patients suffering from bouts of the Alpha variant posed a greater risk of CCU admission and a 28-day mortality, if weighed against patients with non-Alpha strains of the virus. The study also asserts that for those receiving critical care, “mortality appeared to be independent of virus strain”.

As published in the University of Minnesota’s Centre for Infectious Disease Research Policy (CIDRAP), an Oxford study revealed that after adapting to covariables, patients receiving primary care and infected with the Alpha strain were more likely to die in 28 days than those infected by other strains of the virus. The study also clarified that the B.1.1.7 variant was identified with a doubled probability of requiring CCU admission.

CIDRAP also states that evidence was found between the variants correlation with age, sex, ethnic group or race. But patients who were inflicted with this variant were notably younger. Though the virulency was found to be reduced, a certain percentage requiring mechanical ventilation in the first 24 hours of admission was higher.

The Beta variant first appeared in South Africa. Accoring to Johns Hopkins findings, the viral strain may have the potential to re-infect individuals who have recovered from earlier strains of the virus. The variant may also be resistant to some vaccines. CIDRAP states that the strain has a greater viral load than its pervious strain.

P.1 or the Gamma variant

First cases of the Gamma variant were detected in the U.S. in January, 2021. According to CDC, the initial cases were identified in a group of travellers from Brazil who had to undergo testing during routine screenings at an airport in Japan. (About Variants of the Virus that Causes COVID-19 | CDC)

According to the Global Virus Network (GVN), this variant has shown pronounced transmissibility. The network further states that its mutations N501Y, K417N and E484K in the “receptor building domain of spike protein”, tend to amplify its affinity to human receptors. Gamma (P.1) – GVN

Most importantly, this variant tends to escape from the immune responses of the body. With each mutation, the virus becomes more contagious than its previous strains.

This variant was initially detected in India in December 2020.

Explained | What is the Delta plus variant?

Yale University’s Yale Medicine Organisation has said to combat this highly contagious strain, vaccination is key. The Organisation has said ‘People who are fully vaccinated against the coronavirus appear to have protection against Delta’. The medical body has also spoken about “hyperlocal outbreaks” which means that a low-vaccinated town that is surrounded by a high-vaccinated town could lead to virus contained within its borders. Therefore, vaccination is the best weapon to combat the fast moving Delta variant. (5 Things To Know About the Delta Variant > News > Yale Medicine)

By far, India has recorded more than 50 cases of the Delta Plus variant.

According to the World Heath Organisation, the first samples of the Kappa variant was documented in India, in October 2020. The kappa variant is a double mutant virus.

Two cases of the variant have been reported in Uttar Pradesh. Genome sequencing of 109 samples was conducted at the King George’s Medical College in U.P. The Delta Plus was found in most of the samples, where as the Kappa was found in 2 samples.

C.37 or the Lambda variant

The variant was first detected in Peru in December 2020. It is more contagious than the Gamma or Alpha variations.

Of late, Canada’s Chief Public Health Officer has confirmed cases of the Lambda variant in the country. A New York University Study published on July 2 implies that the variant may be resistant to antibodies emerging from the mRNA vaccines from Pfizer-BioNtech and Moderna. The study concluded that it is not enough “to cause a significant loss of protein against infection”.