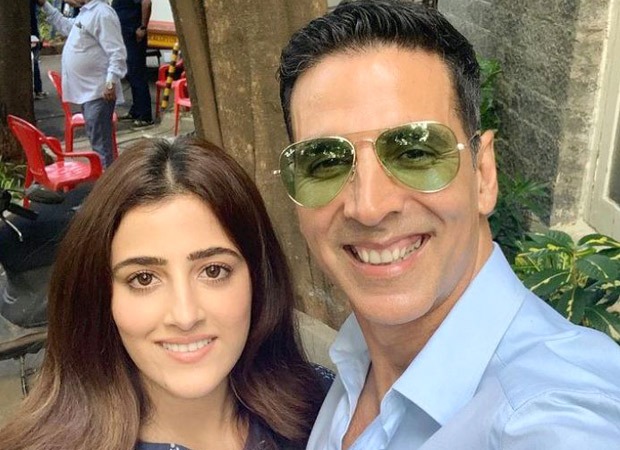 
Kriti Sanon’s younger sister Nupur Sanon made her screen debut with the 2019 music video Filhaal alongside Akshay Kumar. The sequel to the song was released a few days back. Titled, ‘Filhaal 2-Mohabbat’, Akshay Kumar and Nupur Sanon’s characters in the song get a conclusion to their love story. After the release of the song, Nupur Sanon spoke to Bollywood Hungama about working with Akshay Kumar.

Nupur Sanon spoke about how different it was to work with Akshay Kumar for the second time. “There was a lot more comfort this time for me to ask questions more freely and get to know him better. It was more of now in a very respectful way but I could also see a friend in him. Someone who can guide me really well. For him as well there was a level of comfort as during Filhaal 1 he didn’t know me. The first time he had met me was on the set and we had no idea how the rapport would build. This time it was so smooth that I could ask him things.”

He is someone who does a lot of improvisations. The scene where he puts my duppatta in the car, that was not there in the script. We were in the shot when he told me that he will keep my duppata so that I won’t be surprised. I would not have seen it also, as my front shot was happening. He said that he was going to keep it and asked me to give him a surprised look. So he used to add these elements which prepared me. I think if you can work with Akshay Kumar who is so good and so experienced, who surprises you in every shot with certain elements which are his own, it prepares you to work with newer people or lesser experienced people. That way I think I will be calmer when I work with other people thanks to him,” Nupur added.