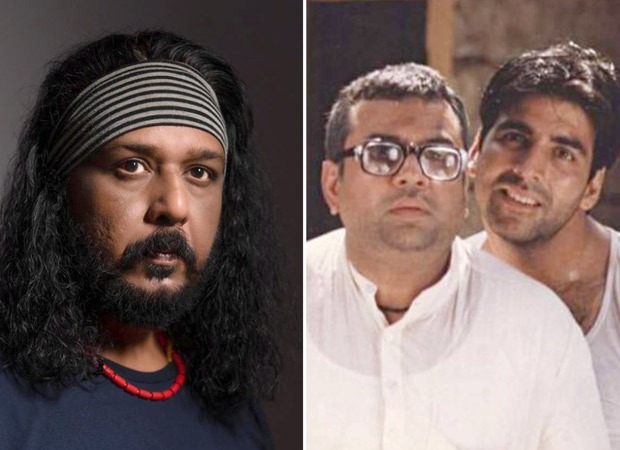 
The legendary comic entertainer, Hera Pheri (2000), is remembered today for its great writing, execution and of course, the chemistry shared by its lead actors – Akshay Kumar, Suniel Shetty and Paresh Rawal. However, one actor who left a mark despite being there for a few minutes is Snehal Daabbi. He’s the guy who is seen at the bus stop when the bank manager (Asrani) motivates Anuradha (Tabu) to follow Shyam (Suniel Shetty) into the bus. Mistaking the manager for a pimp, Snehal Daabbi’s character asks him if he can arrange for a similar ‘Raapchik maal’ for him as well. The way Asrani reacts to this offer brought the house down. Snehal, too, delivered a fabulous performance and it’s no surprise that this scene is memorable even today.

In an exclusive interview with Bollywood Hungama, Snehal Daabbi made some interesting revelations, not known till now. He said, “I was actually involved as a ghost writer on Hera Pheri. Officially it was written by Neeraj Vora. Both of us go long back and used to work together since our theatre days. In fact, Rohit Shetty’s Golmaal (2006) was adapted from a play called ‘Aflatoon’. Neeraj had produced it while I had directed and acted in it. We have performed more than 660 shows. Even there, we used to improvise. Some people have told us “Humne 40 shows dekhe hai…aur har show alag hai”! Initially, humein maza nahi aaya. Then we made some changes and it worked big time. Till the last show, it was going house full.”

Speaking about Hera Pheri, Snehal Daabbi said, “During Hera Pheri, when we thought of this character, I stepped in and said that I’ll do the part. Many in the team wondered why I am stepping in for such a minor part. I had told Priyadarshan, ‘Sir, one scene is enough for any actor’. So this is how I got the part. The downside of it was that people began to approach me for these one-scene roles. They also found out that I can write and improvise well. Toh koi likh ke hi nahi aata tha scene. Sab bolte the, ‘Tu kar le kuch bhi scene mein…jama de scene ko’. This made me feel that yeh toh maine galat decision le liya. If you see, my scene in Hera Pheri wasn’t really needed. But I still felt like doing it. And it was with Asrani ji. I knew his pitch and that he’ll shout at me. Aur woh ‘rapchik’ naya word tha. Market mein tab tak aaya nahi tha. After the take was done, Priyadarshan told me, ‘Yes, you are right. One scene is enough’.”

Hera Pheri also served as Snehal Daabbi’s debut film. He said, “Satya (1998) was released first. But before that, I had shot for Hera Pheri. But Hera Pheri bahut time tak dabbe mein thi kyunki Akshay and Suniel ka comedy films ka market nahi tha. Neeraj and I knew that such realistic comedy films used to not work then. Aur woh set pe likhne waali film thi. ‘Aise kaise utha lu…40-50 kilo ka wazan toh hoga’…this was not written before. We thought about it when we saw the actors on location.”