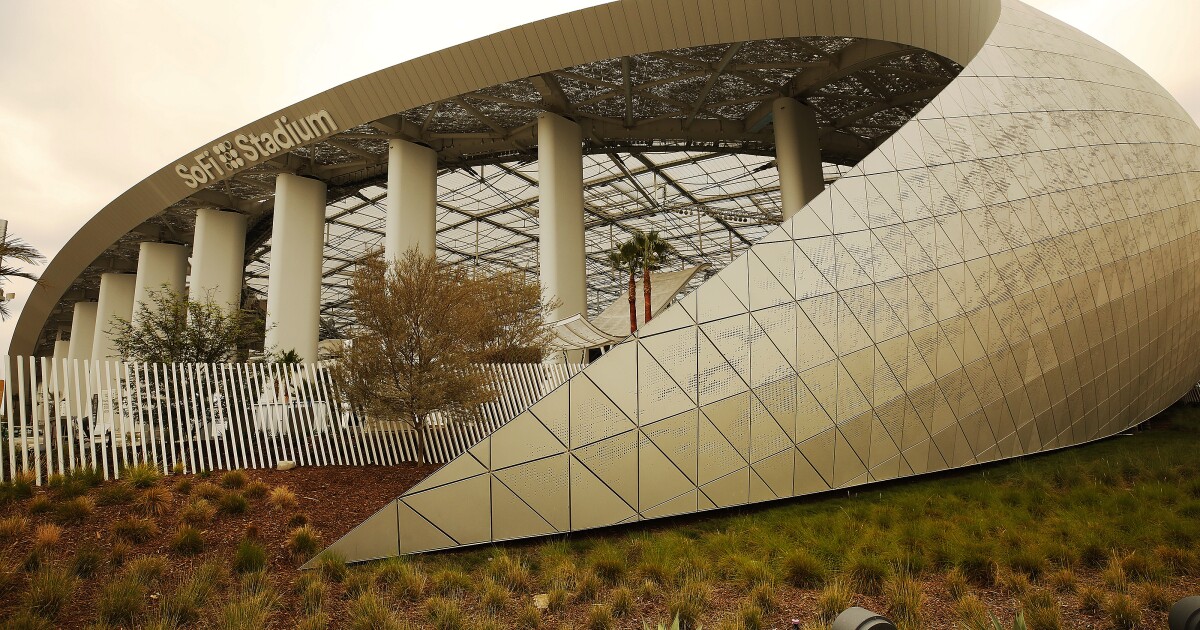 In an effort to prevent SoFi Stadium attendees from overwhelming residential streets during NFL games and other events, Inglewood officials on Friday announced sweeping new parking restrictions that will affect visitors and residents citywide.

Beginning this fall, permits will be required to park for more than two hours on any Inglewood city street outside the hours of 8 a.m. to 5 p.m.

“The residential permit parking program will give local residents priority for on-street parking in residential areas,” city officials said in a statement about the change, “and will preserve and protect quality of life while alleviating increasing traffic in neighborhoods.”

The rules will be enforced with fines and towing, and signs will be installed to warn motorists, the city said, noting that parking enforcers will drive the residential permit parking districts seven days a week.

The news arrives as plans for football season are ramping up. The stadium is home to two teams — the Rams and the Chargers — and hosts regular concerts and events.

It is also slated to serve as a premier location during the 2028 Olympic Games in Los Angeles, including hosting the opening and closing ceremonies.

The nine-square-mile city of Inglewood is home to just over 108,000 people, according to census data, and SoFi can hold as many 100,000 visitors.

Residents can apply for a parking permit online, and must show proof of residence, a current California driver’s licensee and vehicle registration. Permits will be linked to the vehicle’s plate.

The city is also launching a remote parking and shuttle service for visitors to the stadium, which has limited on-site parking.

The IPark&Go service will offer about 4,000 additional parking spaces in the area, which will enable people to park and board a shuttlebus to the stadium. The service can be purchased in advance, and will typically take less than 30 minutes each way, officials said.

Metro will be offering regular bus service to the stadium via the 212, 117 and 115 bus lines, officials said.

The city of Inglewood is also constructing a people-mover that will connect Metro trains to the stadium via the LAX/Crenshaw line upon completion.