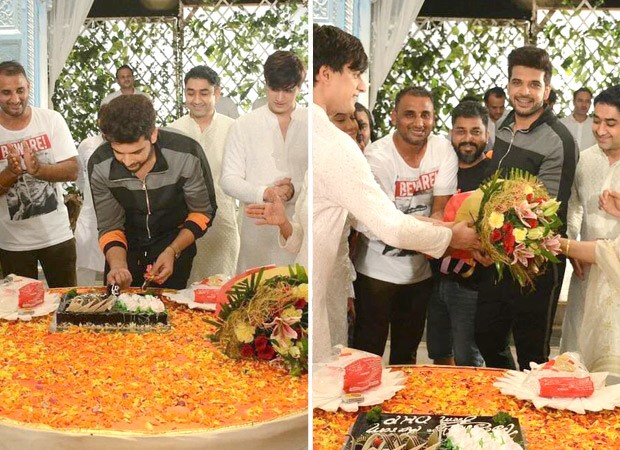 
Yeh Rishta Kya Kehlata Hai is at a very crucial point right now and the show is going to take a major twist in the upcoming episodes. Currently, in the show, Ranveer (played by Karan Kundra) is sick and does not have much time to live. While he has told Kartik (played by Mohsin Khan) about it, he is just unable to gather up the courage to inform Sirat about his deteriorating condition.

Well, in the upcoming episodes we will see that Sirat (played by Shivangi Joshi) get to know about it when Ranveer is rushed to the hospital, and eventually, Ranveer dies. With Ranveer’s death, Karan Kundrra’s stint in the show also comes to an end.

Karan has already shot for his part in the upcoming episodes, and the cast and crew of the show organised a warm send-off for him. Though producer Rajan Shahi was not in town, he wished him well over a call.The team at Director’s Kut Productions organised a cake for him and also presented a bouquet to him. The cast of the show and director Romesh Kalra were present to bid adieu to Karan.

With Ranveer’s death, it will be interesting to see how the story goes forward. Will Kartik and Sirat marry each other in the upcoming plot or the show will have some more twists.