Kareena Kapoor Khan added a pop of colour to a rather dull day on the film sets as she turned up for a shoot. Our cameras got the exclusive photos of the superstar and super mom as she went about her day switching up her costumes and hairstyles.

Rocking a fiery orange dress, the actress grabbed eyeballs as she made her way from her vanity van to the studio sets. The actress rocked two different looks for the day. While one saw her let her hair down, the other had her rocking a ponytail and an off-shoulder top. 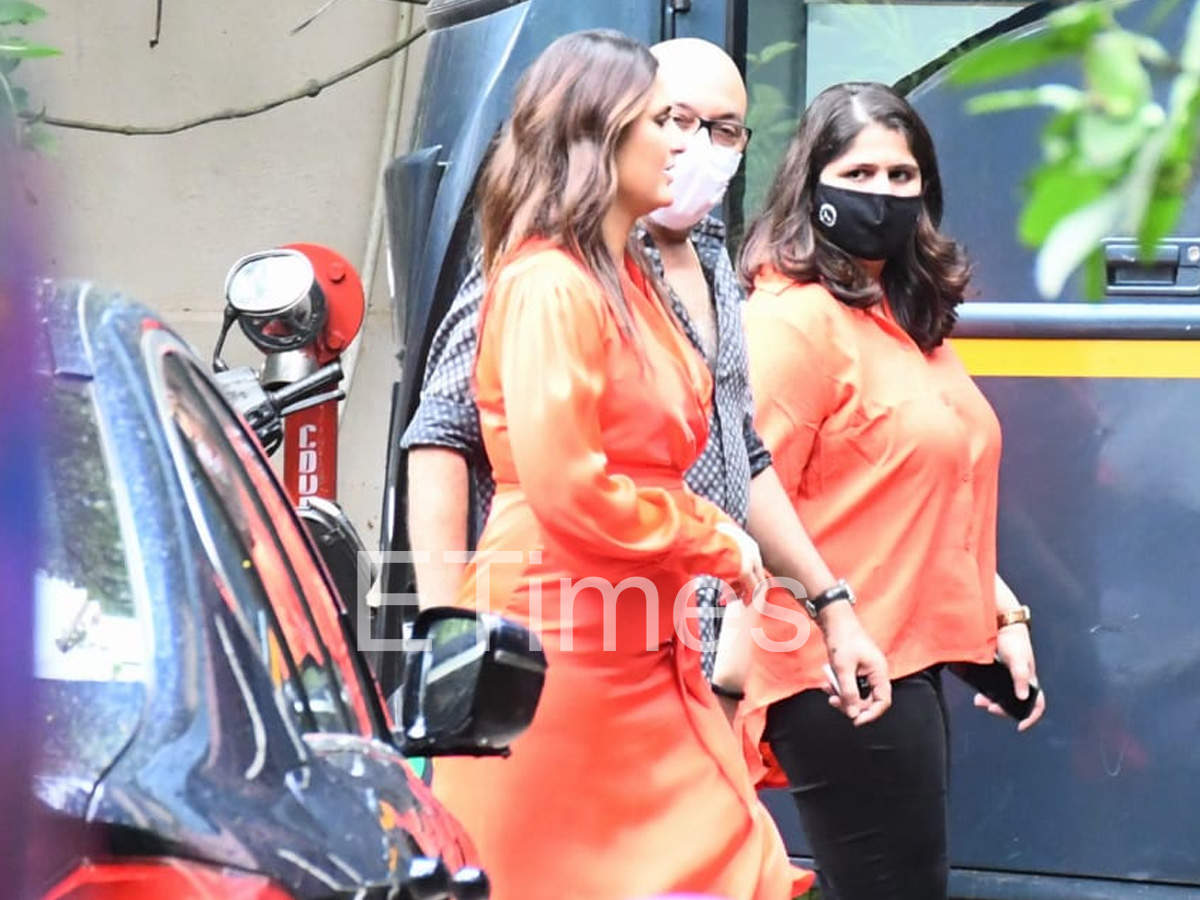 Kareena recently launched her new book that had her opening up like never before about her life as a mom and a film star. Besides sharing her struggles during her pregnancy, she also opened up about being a working mom and the encouragement and support she received while getting back to work soon after welcoming her babies.

The star, who was lauded by many for diving back into work just months after welcoming her sons, Taimur Ali Khan and Jeh Ali Khan, revealed the real inspiration for the same. She said that it was in fact her mother-in-law, Sharmila Tagore, who pushed her to get back to work as soon as possible.

Not just her mom-in-law, but even hubby Saif Ali Khan proved to be a big help and support while she contemplated her decision to return to the film sets.