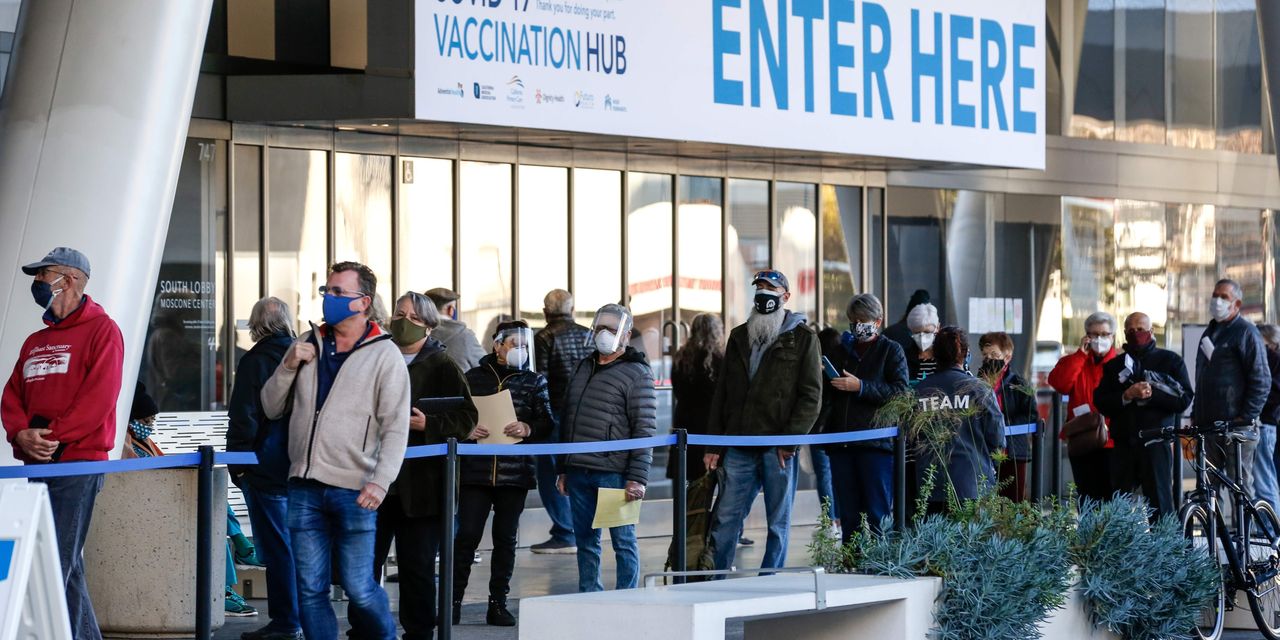 
Vaccinating the American population against COVID-19 may be the biggest and most urgent public challenge in our lifetime, more focused and time-sensitive than fighting terrorism or winning the race to the Moon.

The complexity can seem overwhelming: supplies are limited, and unpredictable, current doses require extreme cold-chain logistics and then rapid delivery once thawed, and then patient tracking and follow-up shots to boot. And there’s no single authority — even with the Biden administration’s interventions, we’re likely to have a hybrid system where the federal and state governments share responsibilities along with commercial partners such as drugstore chains.

To navigate that complexity and uncertainty, we need a clear blueprint for success combined with intense operational discipline. We need something like Amazon’s relentless focus on satisfying the customer.

And while Amazon
AMZN,
+0.48%
has never handled a task this complex, we believe the federal government should take the company up on its offer to help with vaccine distribution. That’s because Amazon can apply its culture of relentless operational discipline combined with its Working Backwards approach. That approach starts with the desired result, oriented to customers, and works methodically to make it happen. This approach to innovation is what distinguishes Amazon from other American companies with excellent fast-response logistic networks, such as FedEx
FDX,
+3.40%
and UPS
UPS,
+0.63%.

Think back to 2004. Amazon had established itself as an e-commerce powerhouse and decided to branch into new areas. Over the next several years, it developed the Kindle e-reader, AWS cloud computing, Fire TV and the Alexa/Echo voice assistant.

The company had minimal experience in digital media devices or computer hosting. And there were plenty of well-capitalized companies in those areas (Microsoft
MSFT,
+0.20%,
Samsung Electronics
005930,
+3.19%,
Oracle
ORCL,
+0.61%
) that could have pioneered those categories. So how is it that Amazon got there first, and still has the largest market share for those products?

We were executives at Amazon at the time and saw the Working Backwards system in action.

Here’s how it worked:

Every product development team, whether on Kindle, Alexa or another item, had to draft an imaginary press release (PR) explaining all the useful features of the product and why customers would gladly pay for it. The team wasn’t constrained by what the company could currently accomplish. Next, it would draft a memo, in the form of Frequently Asked Questions (FAQ), explaining how Amazon would make and deliver such a product at an affordable price.

Once the team won approval for its PR/FAQ, it would work methodically to gain the capabilities needed. From manufacturing to content-licensing to marketing, most of those capabilities were new to Amazon. Yet the company pulled them off. By keeping teams disciplined around the final objective, the PR/FAQ process enabled them to innovate much faster than seemingly better situated rivals.

True, Amazon had its share of failures too. With Fire Phone, Amazon failed to break into the well-established mobile phone business. The process isn’t foolproof. If you don’t identify an important customer problem to solve, as was true in the case of Fire Phone, your product will fail.

That’s not all Amazon would bring to the vaccine effort. It has the technical expertise to ingest large amounts of data and turn it into useful information. Vaccine distribution will require combining census information and vaccination guidance along with real-time data on the availability of cold-chain resources and certified technicians to administer shots — and then deciding on a plan for each region and each day. It has the warehousing and delivery capability to reach virtually every household and business in the US.

Amazon also excels at building user-friendly websites to guide customers toward acting. State and local governments are struggling to spin up websites to enable citizens to schedule vaccinations. Elderly and disadvantaged citizens without internet access need the ability to schedule vaccinations by phone. Amazon has software engineers, AWS resources and customer service call centers ready to lend a hand.

We tend to romanticize innovation as a series of brilliant ideas and clever execution. But success depends just as much, if not more, on relentless operational discipline. That, more than anything else, is what Amazon does best.

Joe Biden confronts Iran-backed militias with Syria airstrikes, but Tehran’s destabilising activities are far from over

Online news comes under the ambit of content regulation

Janhvi Kapoor says audience is not obligated to love her but she will keep working to win over everyone : Bollywood News

fintech investments: Fintech players get $2.7 bn from VCs in 2020: Report

Aaliyah Kashyap receives support from Kalki Koechlin, Khushi Kapoor and others as she opens up about online harassment | Hindi Movie News

Joe Biden confronts Iran-backed militias with Syria airstrikes, but Tehran’s destabilising activities are far from over

Online news comes under the ambit of content regulation

Janhvi Kapoor says audience is not obligated to love her but she will keep working to win over everyone : Bollywood News

fintech investments: Fintech players get $2.7 bn from VCs in 2020: Report

Aaliyah Kashyap receives support from Kalki Koechlin, Khushi Kapoor and others as she opens up about online harassment | Hindi Movie News