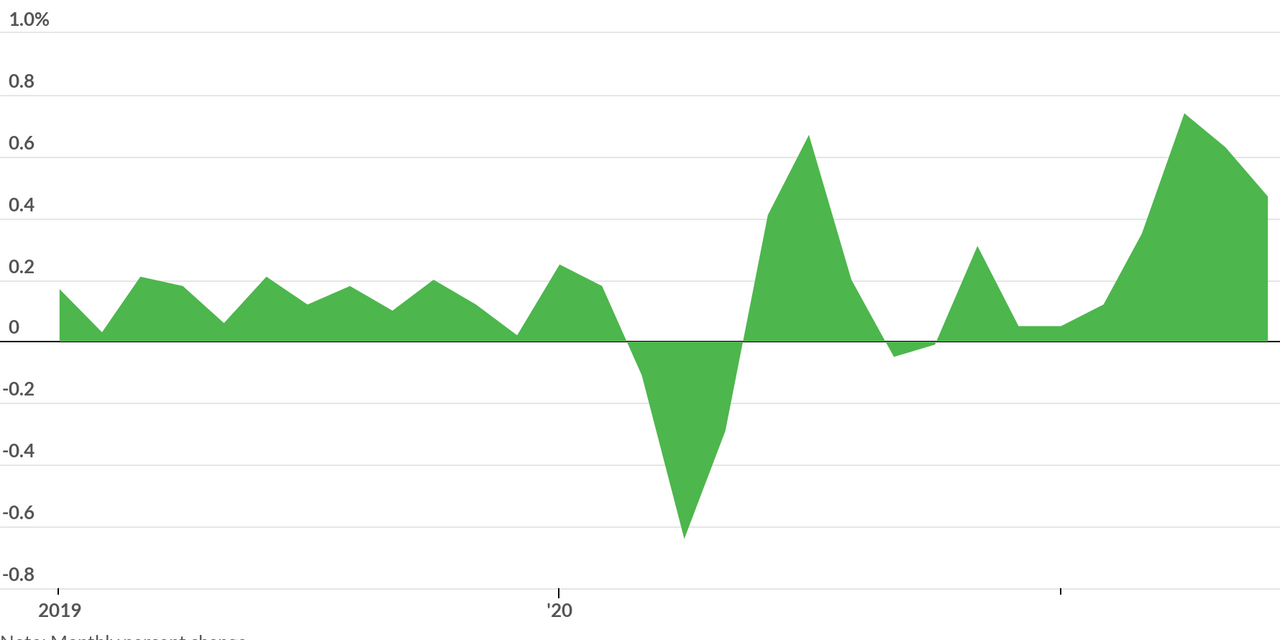 
The headline consumer price index gathered a lot of attention, the point of a headline, but a look inside the data indicates that a deceleration for underlying inflation is under way. This repeats the 2020 pattern that ended that year with select core measures deflating. An exact repeat is unlikely, but it serves as cautionary tale for those extrapolating current inflation.

“
Until people expect higher wages going forward, they will see high prices in their forecast, but not engage in borrowing to buy in advance—the backbone of any inflationary process.
”

The critical issue for the inflation trend isn’t inflation expectations but wage expectations. Until people expect higher wages going forward, they will see high prices in their forecast, but not engage in borrowing to buy in advance—the backbone of any inflationary process. There are other factors at play as well.

CPI excluding food, energy, shelter (includes hotels) and used cars (surging because of semiconductor shortages constraining new car production) rose 0.35% in June compared with 0.58% in May and 0.62% in April. There is every reason to believe this deceleration continues in the months ahead. Hotel and used car prices will reverse soon enough.

Survey data for small businesses (NFIB) came out this morning as well, and we see below the surge in the net percent reporting higher selling prices to its highest level in decades, while the percent increasing wages was up as well but only marginally above prior cyclical highs.

While small businesses are raising wages, that is not their plan going forward (see chart below).

Somehow or another the message gets across to consumers, and we see that expectations for higher incomes in the coming six months have not recovered to pre-COVID levels.

In the end, sharply higher prices for used cars and hotel rooms are not the stuff of inflation processes if wages fail to follow—more important when wage expectations fail to follow.

Steven Blitz is chief U.S. economist at TS Lombard. This commentary was originally published as a note to clients.

More on the CPI report

The cost of living posts biggest surge since 2008, U.S. CPI shows, as inflation spreads through economy

Why vegetarians are winning the inflation battle