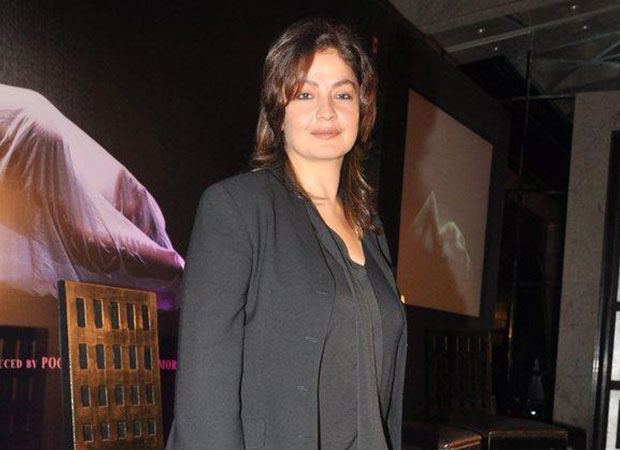 
Bombay Begums star, Pooja Bhatt has always been vocal when it came to voicing her opinions and views. She recently came out in the open and spoke about her battle with alcohol and her decision to quit drinking. Pooja declared that women should not feel shy, but talk freely about it. The reason behind her revelation is that this kind of issue can occur to anybody and therefore speaking about it can spread awareness. During her interaction with the media, she spoke about her film named Daddy that told the story of a daughter trying every possible way to bring her father out of alcohol addiction. The movie was directed by Mahesh Bhatt and had Pooja Bhatt, Anupam Kher, and Soni Razdan in the main roles.

“We try to cover up many things. But four years ago when I decided to quit drinking, I decided to be open about it. I began my career with a film like Daddy, which was about a young girl getting her father who’s an alcoholic to stop drinking. And there I was dealing with the same problem. I reached out to people to let them know that it’s something that could happen to anyone. Women especially need to be a little bit more open about that. And I was overwhelmed by the response that I got from random strangers.” shared Pooja in an interview with Filmfare. Pooja further went on to talk about her films, blockbuster songs, and her father’s superhit stories. Drawing an example from this, she said that the memories of her valuable work may fade away one day, but if her experiences can bring a change then that will compel people to remember her forever.

On 12th July, Pooja posted the BTS shots from her 1991 film, Dil Hai Ke Manta Nahin and celebrated its 30 years anniversary. She wrote a long post on her Instagram and said “#30yrs of #dilhaikemantanahin today. The images have faded with time. The feeling the film still evokes stands the test of time. Gratitude to #GulshanKumar for backing my father’s vision & bankrolling a film that most Industry experts considered very risky considering it was about a woman who runs away from home to marry a man and then runs away from the ‘mandap’ to marry another man,that too with her father’s blessings. #DHKMN is more than a film. It is a feeling. It is nostalgia. It is innocence. It is love & longing,for a time we have all lived,dreamed in and lost. Which is why it belongs more to the people and audiences who proved yet again that they are far more forward & expansive than the film industry experts by accepting it with all their heart & ensuring it sustains 30 yrs later. The audience is wise. The audience is gracious. The audience is kind. So thank you,all of you. For tying your adolescence,youth,love & memories to this film. I bow to you,and I love you. Each of you! ❤️❤️❤️❤️❤️❤️

Dil Hai Ke Manta Nahin is a romantic comedy directed by Mahesh Bhatt starring Aamir Khan, Pooja Bhatt, and Anupam Kher in lead. It went on to become a classic hit and proved successful for Pooja and Aamir’s careers.