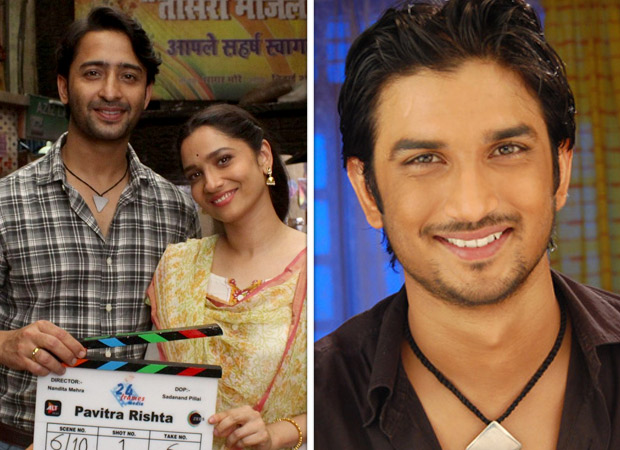 
Actor Shaheer Sheikh is all set to play the immortal Manav Deshmukh in the second season of Pavitra Rishta. The role was initially played by late actor Sushant Singh Rajput. It was because of Pavitra Rishta that Sushant became a household name. While Shaheer has stepped into Manav’s character, the other star cast remains the same. Shaheer will be seen romancing opposite Ankita Lokhande who will reprise the role of Archana.

Shaheer Sheikh, on Tuesday, took to his Instagram and shared a heartfelt note revealing his feelings when he was approached for the reboot and what made him accept the offer. The actor wrote, “When I was first approached for PR2 (Pavitra Rishta 2.0), I was taken aback. Who in their right frame of mind, would dare to play a character immortalised by Sushant Singh Rajput..I too was reluctant. Then I thought, knowing Sushant he was one to take every challenge head on. And so I decided that while it is scary to step into his shoes & live upto audience expectations… it is scarier to NOT even try. And so I did what I felt he would do, if he was in my position. I took the challenge.”

Dedicating it to Sushant Singh Rajput, he wrote, “When the team told me they wanted someone who was earnest so that we could all tell a story that was a fitting homage to Sushant’s legacy… I decided to give it my all and leave the rest to the audiences and to The All Mighty. Working with a team that loved & respected him immensely only adds to the genuine intent in all our hearts. Sushant, you will always be Manav. Nothing can change that & no one can replace that. I may not be as good, and I may not do justice to it like you did, but I promise to give it my ALL. #pavitrarishta2.”

Pavitra Rishta had a stellar cast comprising of late Sushant Singh Rajput, Ankita Lokhande, Hiten Tejwani, Asha Negi, Rithvik Dhanjani, Karan Veer Mehra, and others. While Usha Nadkarni will be returning as Savita Deshmukh (Manav’s mother), the makers are tight-lipped with regards to the other cast members of the second season.