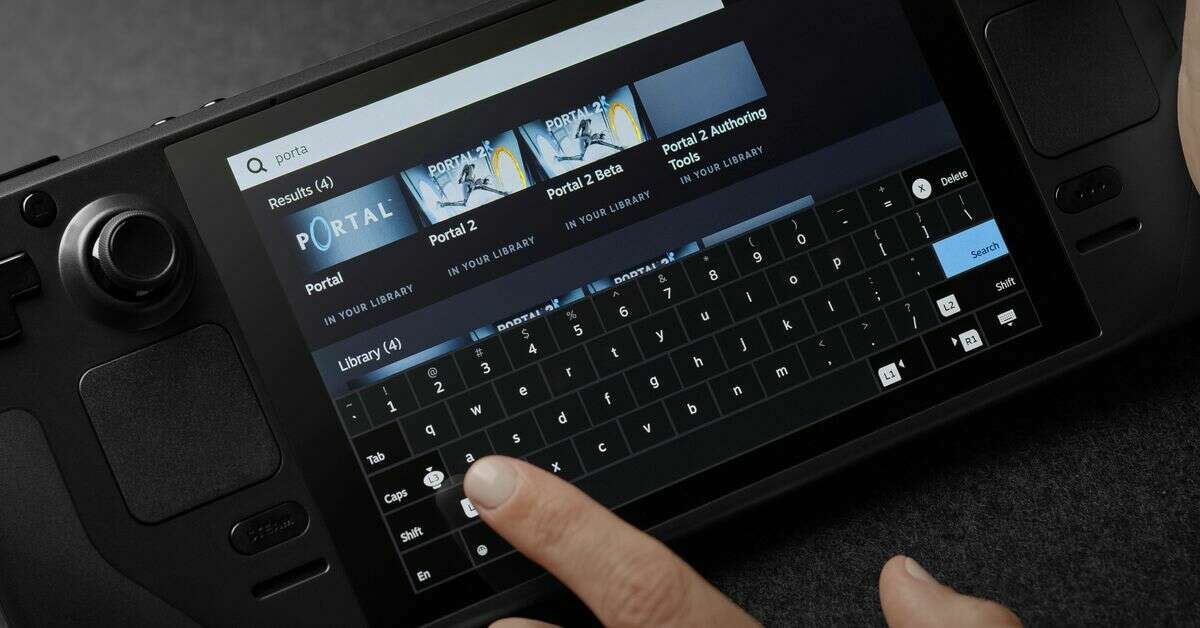 If you were lucky, you might have preordered a Steam Deck when they went live on July 16. But many ran into roadblocks when attempting to place Valve’s handheld PC in their shopping cart, a situation reminiscent of the hardship securing a PlayStation 5 or Xbox Series X|S reservation.

There are a handful of reasons why it has been difficult getting a Steam Deck preorder, not least because of the excitement surrounding the prospect of taking your Steam library with you wherever you go. Here’s a look back at how things have unfolded with Steam Deck reservations.

Getting The Initial Preorder

Steam Deck preorders opened at 10 AM PT / 1 PM ET on July 16. As you might’ve guessed, things haven’t gone over smoothly despite Valve limiting reservations to one per customer. After the initial wave of eager shoppers flocked to Valve’s official website to place their preorders, others were either seeing their cart immediately emptied and told to try again or getting timed out for incessantly refreshing the page to secure a Steam Deck reservation.

Apparently trying to refresh repeatedly to preorder the steam deck can get you timed out. Thanks Valve…. pic.twitter.com/9cqcCDVpAG

While some were lucky to just get through to the preorder page, others couldn’t even log in to their Steam accounts to complete the transaction. And certain people were told their established accounts were “too new” to order, even if they did qualify for this initial batch of reservations.

How Do You Reserve A Steam Deck Anyway?

Valve eschewed traditional preorder norms with its Steam Deck; the company put forth a reservation system, similar to GameStop or other brick-and-mortars, to combat bots. To get in on the ground floor, customers must shell out $5, which is good for any of the three available Steam Deck models.

On top of this upfront cost, your Steam account has to fulfill a certain number of requirements, such as being in a valid region and making a Steam purchase prior to June 2021. And though the $5 goes toward the eventual purchase price, you’re locked into whatever Steam Model you preordered.

Check out our Steam Deck preorder guide for the full rundown.

But whether you place a preorder or not, the Steam Deck isn’t launching right away. Initial shipments won’t begin until December 2021, but if you’re only just now securing a reservation for the 64GB or 256GB models, they won’t arrive until Q1 2022. Meanwhile, availability for 512GB models ordered at the time of this writing will follow in Q2 2022.

Because of the situation surrounding Steam Deck preorders, it should come as no surprise to see the handheld PC pop up all across various resellers, including eBay. In fact, a cursory search through eBay pulls a plethora of results, with the console retailing for thousands of dollars. Though one has reportedly sold, a few of the rest are being “watched” for now.

Even Rick and Morty and Solar Opposites co-creator Justin Roiland is having issues preordering a Steam Deck, allegedly opting to get one from eBay. So sure, you can still reserve it directly through Valve. However, if you’re intent on getting one of the initial waves, a reseller may be the only option.

If you’ve managed to get a Steam Deck preorder, or are on the fence about which model to get whenever it is in stock, we suggest considering either the 256 GB or 512 GB ones. Yes, they’re more expensive, they feature storage that is much faster than that of the cheapest Steam Deck.