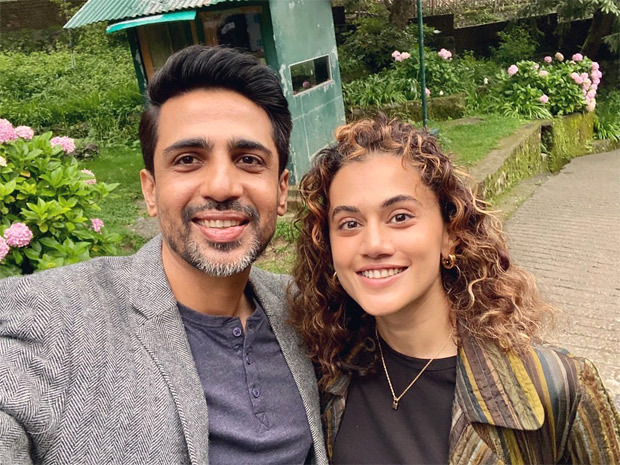 
Actor Taapsee Pannu has turned producer. After working for more than a decade in Indian cinema, Taapsee launched her production house Outsiders Films. For Outsiders Films, she has joined forces with Pranjal Khandhdiya who is a content creator and producer for over 20 years. The actress has kicked off her first co-production Blurr with Gulshan Devaiah.

On Saturday, Taapsee Pannu shared a photo of herself reading the script. “Shubh Aarambh! Let’s do this Gayatri! #Blurr #Day1,” she wrote.

Taapsee, on Sunday, shared a photo of the clapboard and wrote, “It’s surely a bright and new beginning ✨
The first schedule of #Blurr starts and we are thrilled and delighted!”

It is a remake of the Spanish thriller, Julia’s Eyes. The film tells the story of a woman who’s slowly losing her sight whilst trying to investigate the death of her twin sisters. Julia’s Eyes is also being remade in Bengali, Telugu, Tamil, and Marathi languages. This will be Taapsee’s second Spanish remake after Badla (2019) which was a remake of The Invisible Guest.

Written by Pawan Sony and Ajay Bahl, the film arrives in theatres in 2022. The film is being produced by Vishal Rana and Anthony Dsouza of Echelon Productions, Pranjal Khandhdiya of Mango Purple Media Network in association with Zee Studios.