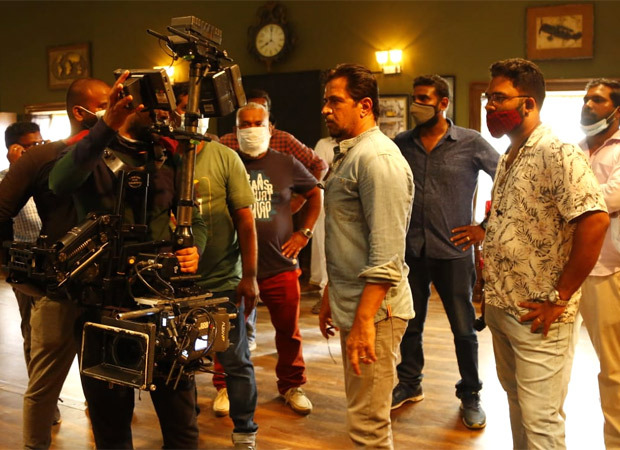 Toughened Studios Limited had recently announced the title of their upcoming film, Friendship. Starring the legendary Indian cricketer Harbhajan Singh, the film unit has wrapped up the final schedule, and producers Kiran Reddy Mandadi and Ram Maddukuri will be unveiling the trailer soon.

Producer Kiran Reddy Mandadi shares, “I feel extremely delighted to share that we have wrapped up the final schedule for Friendship. The last schedule was challenging with all the action sequences and at the same time, it has been an emotional experience as this beautiful film has been very special.”

“For a particular fight sequence, we built a lavish set of house and it has been mounted on an extravagant scale. I’m looking forward to presenting the trailer of the film really soon as audiences will be treated to Harbhajan Singh, not just one of the biggest names across the nation but also, the actor now. We at Toughened Studios, certainly cannot wait to give everyone a good glimpse of ‘Friendship’, so stay tuned,” he added further.

All Harbhajan Singh fans are raring with excitement to see the legendary cricketer in a full-fledged movie role. As shared by the producer, the film has an exciting bit of action sequences to look forward to and viewers are going to have a good time watching this entertainer.

ALSO READ: Geeta Basra, Hinaya, and Harbhajan Singh leave for home along with their newborn son