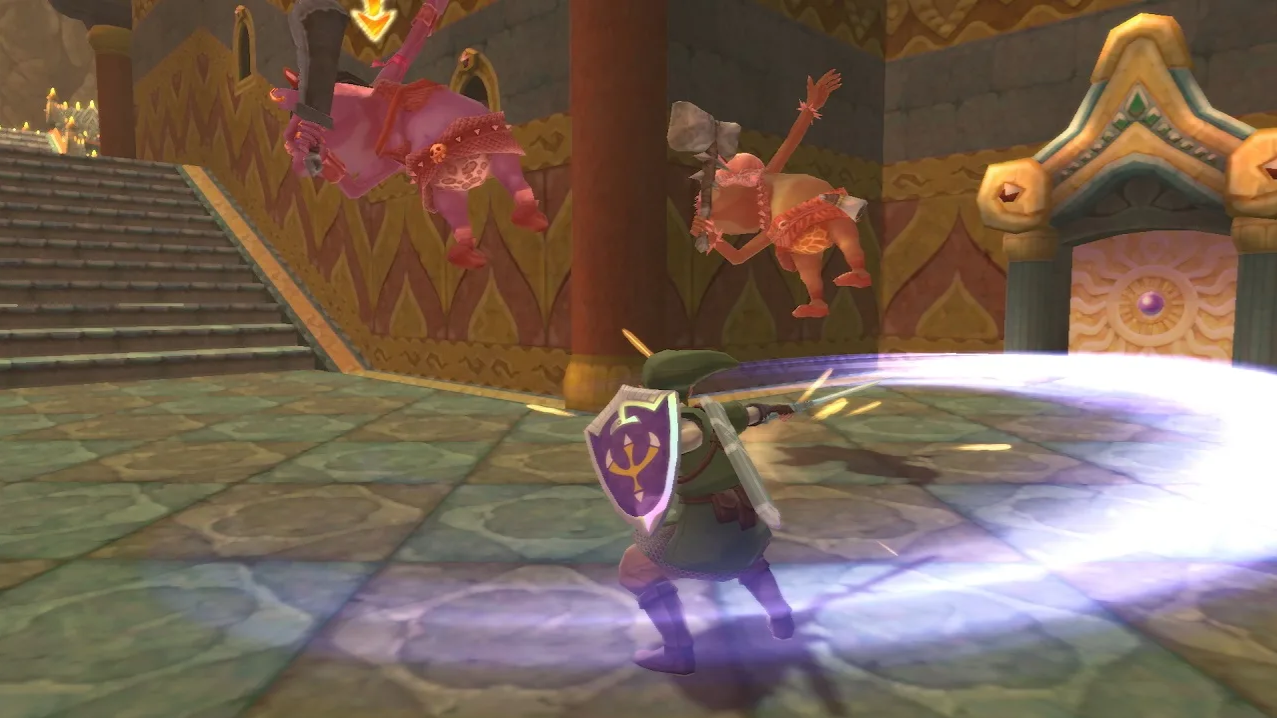 
If you’ve played one game in the Legend of Zelda franchise, you probably have a pretty good idea of how the rest work, and what you need to know to succeed. The Legend of Zelda: Skyward Sword HD has a few of its own little quirks, though. Because the game was originally released for the Nintendo Wii, it uses motion controls, both for combat and for the puzzles you’ll face along the way. It also segments portions of the game between the floating islands of Skyloft and the surface world below, and you’ll need to spend time in each to get your full potential.

For players who are new to Skyward Sword, the game can be a little confusing. It’s not quite as reliant on equipment and durability systems as Breath of the Wild, but it’s not nearly as straightforward about some of its systems as earlier Zelda games, such as Ocarina of Time. Check out our tips below to help you get into the swing of Skyward Sword, hit the ground running in the surface world, and minimize any irritation as you get through the game’s earlier tutorial portions in particular.

Get Out Of Skyloft As Soon As You Can

The opening of Skyward Sword is infamous for being long, slow, and a bit boring. With Skyward Sword HD, the opening couple of hours of the game have been significantly improved, with the game wasting a lot less time dispensing useless tutorial information and grinding you to a dead halt to listen to characters repeat the same lessons over and over. Still, though, Skyloft is a boring place to be in the early part of Skyward Sword, and the best thing you can do is quickly move on from there to get your adventure started. You’ll be back to Skyloft a lot through the course of the game, so don’t worry about missing out on anything. Plus, you can access a lot more of the sky area once you’ve progressed a bit in the game, which will make exploring all the smaller sky islands more efficient and fruitful. In short: get to the surface as quickly as possible.

When Skyward Sword was first released, it relied heavily on motion controls for everything in the game. That’s still true of the HD remaster, with the caveat that if you’re not into the motion controls, you can use new button controls that give you the same amount of fine-tuned precision. Either way, spend some time practicing with each control scheme to really get the hang of it. Much of Skyward Sword requires you to deftly use your sword to slice at enemies from a specific direction to avoid their guard–if someone raises a sword to block a vertical sword slash, for instance, you need to get in with a horizontal one. Later in the game, enemies start blocking you with electrified weapons or countering you when you’re blocked, so making sure you can reliably hit enemies without nailing their guards will keep you alive and make you a more effective fighter. The requirement to reliably make directional attacks is constant throughout Skyward Sword, so pick a control scheme and spend some time getting the hang of it.

Get A Bug Net

Once you’ve cleared your first section of the surface in the Faron Woods, you’ll unlock the flying Beetle item. Return to Skyloft and you can use that item to hit the bell hanging from Beedle’s flying shop. He’ll lower a rope, allowing you to climb up and see what he’s offering. One of the first items you can snag from Beedle’s shop is the bug net. You can use that net to catch bugs all over the world, both in Skyloft and on the surface. Later, you’ll find a character in the Knight’s Academy at night who will buy your bugs for a premium, providing a quick way to make some money. Bugs can also allow you to infuse potions at the potion shop to make them more effective. Finally, you can also use the bug net to catch wasps that would otherwise swarm and chase you in the forest. It’s a handy item to have, and you’ll want to grab it as early as you can.

Focus On Side Quests

On your first return to Skyloft, you’ll be able to talk to various people in town and pick up a few side quests. One of the first you’ll want to do is to find a missing girl, which requires you to sleep in a bed until nighttime and then investigate the cemetery. Once you’ve completed that quest, you’ll unlock a pipeline for earning rewards from a character called Batreaux. He’ll give you all kinds of stuff in exchange for Gratitude Crystals, which you’ll usually get from completing side quests. These are some of the best rewards in the game, so it’s a good idea to start spending a little more time in Skyloft once you’ve found Batreaux and can start earning rewards from him. Make sure you check around Skyloft at night for characters to be in different places and potentially give out different quests.

One of the rewards you can get from Batreaux is a better wallet for carrying rupees, but you’re actually going to need several upgrades to your wallet over the course of the game. You’ll want to start grabbing these upgrades early, as Link’s default capacity for carrying money is actually pretty low. A lot of items you’ll want to purchase are going to be costly, and it’s a bummer to run out of space for more money when you’re out in the field and could potentially be earning more. Head to Beedle’s shop to find wallet upgrades periodically, and grab them as soon as you can. They’ll help you buy the things you really want more quickly.

Keep A Shield (And A Potion To Repair It)

Unlike, say, Breath of the Wild, you’ll use most of the same gear throughout Skyward Sword, with one exception: shields. Early in the game, you’ll only have access to vulnerable wooden shields; later, you can find tougher metal ones, but they still can only take so much punishment before those shields break. Still, not having a shield in Skyward Sword is a pretty big disadvantage in a lot of situations. You’re a lot less vulnerable in duels with tough enemies, for a start, and your shield can reflect attacks and stun enemies as you fight. To keep your shields from breaking, make sure to pack some Revitalizing potion, which allows you to repair your shield in the field. You’ll be happy you have it (and annoyed when your shield breaks midway through a dungeon).

Clear Out All The Goddess Cube Chests You Can In Skyloft

As mentioned, you’ll pop back up to Skyloft pretty frequently. Every time you clear a dungeon, you’ll have to head back to the sky to open the path to the next area. You’ll find Goddess Cubes on the surface that unlock special chests in Skyloft, which are marked on your map when you return. Spend the time with each return to find and open all the cube chests, because they usually have some extremely good rewards–like high totals of rupees or pieces of heart. They’ll give you a big leg up early in the game, so prioritize unlocking them whenever you can. Just note that some chests will be in places you can’t get to until later in the game.